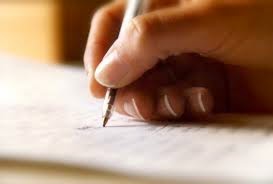 The SAT essay— a fully-developed, comprehensive essay written in 25 minutes— is one of the most daunting tasks that a college-bound student will face. Many educators feel that the task is unfair because, they argue, students will never be asked to produce a timed essay that quickly in real life. I disagree. Students face countless midterm and final exams where they will need to do just that— construct an airtight opinion and argue or explain it forcefully and quickly.

Nevertheless, we all feel that the task is onerous. In class, I ask students to practice creating substantive body paragraphs to illustrate or prove their thesis statements. By breaking down the complete task into a short introduction and limited conclusion, students will have sufficient time to put considerable energy into their body paragraphs. I tell them that the meat, their detailed examples, must be the important focus of their energy. They write nine-minute, timed body paragraphs a few times in class, as well as for homework, to demystify and deconstruct the chore.

From time to time, I will post examples of excellent SAT essays, written in just 25 minutes. Bravo to our wonderful student writers! Emily Risch is our debut writer of this task, and we are delighted to showcase her example of strong, interesting, richly argued prose.

This essay is a response to the following question:

“Is conscience a more powerful motivator than money, fame, or power?”

Conscience has been referred to as a more powerful motivator than money, fame, or power. I disagree with this principle because it has been demonstrated on many occasions that people strive to achieve success for their own personal benefit, more often than not ignoring their conscience. Even Thomas Jefferson believed that people are generally selfish and often only look out for their own self-interest. Two examples that prove this point are the reign of Louis XIV and Benedict Arnold’s betrayal of the Americans in the Revolutionary War.
Often called the Sun King, Louis XIV inherited the throne of France at a very young age. Since he was too young to assume proper rule of the country, he used a Regent, his mother, to make decisions in his place. Once he came of age, it was almost as if he still wasn’t ruling over the French people. Instead of listening to what his conscience told him to do, Louis put France in an enormous amount of debt when he paid for the construction of the royal palace at Versailles. Louis used the palace as a public display of his prestige and power. In order to ensure the loyalty of his feudal nobles, he invited a few every month to stay at the palace and serve him. Louis did very little to benefit the French other than constructing a massive tourist attraction and creating an opportunity for national credit. Although Louis XIV was an extravagant spender, he didn’t betray his countrymen like Benedict Arnold did.

At the beginning of the Revolutionary War, Benedict Arnold appeared as a promising commander who had potential to carry American infantries to victory. However, as the war progressed and the Americans’ chances looked slimmer and slimmer, Arnold began to question his loyalty. Surely the poorly uniformed, diseased, and malnourished troops were enough to convince him to leave his troops and join the British. Instead of maintaining integrity and conscience, Arnold wanted the power that would come with a victory, the power that he was sure the Americans would not achieve. At the Battle of Saratoga, he left his troops and joined the British forces, much to the satisfaction of his Loyalist wife. In the end, Arnold’s treason backfired when the Americans were victorious and he never tasted the power he so desired.

Throughout history, important figures have shown a selfish tendency to ignore their conscience to seek money, fame and power. Most often, the evil in a person takes over his or her conscience when prestige presents itself.