PHOTOGRAPHS FROM THE FAR NORTH 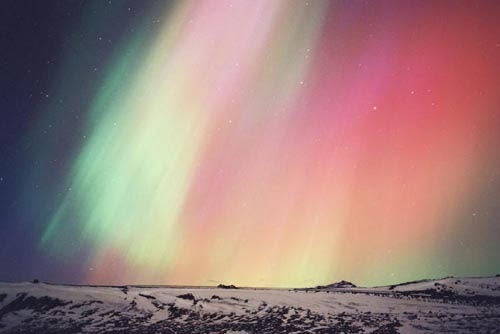 I, for one, love reading about the magic and majesty of winter. Deep in frigid January I glance outside to white on white, pale sky dipping into snow on a twelve degree day. I don’t love winter, but I am one of the strange breed who prefers this season to the months of dripping humidity. And so it was with great pleasure that I came upon the gorgeous photographs by Evgenia Arbugaeva in Orion magazine of a town surrounded by tundra, where the average temperature in January is -29 degrees Fahrenheit.


Journeying to the far-north Russian town of Tiksi on the Arctic Ocean where she grew up until she was eight years old, Arbugaeva wanted to recapture the enchanted memories she had of a childhood before the collapse of the Soviet Union. Her photographic journey really came to life when she befriended a young girl, Tanya, who served as her model in this place of desolation and wonder. There is Tanya with her husky dog on the first day of summer, wearing her red boots and trapped on an ice floe. There she is, running on the snow after school past a wreck of an enormous, yellow cement block building. In another photo Tanya skips stones from a rusty barge; in another she creates an eerie shadow on an old brick house. There is her uncle Vanya ice fishing, and in another the glory of a place where for sixty-seven consecutive days in winter the sun does not rise but the Aurora Borealis turns on its violet, green and yellow lights.

These polar photographs took my breath away, perhaps because I sometimes believe that I live in the frozen tundra, even as climate change shakes the earth and weird events separate winter into cold and warm days. I cherish the days when my Orion magazine arrives in my mailbox, bringing me beauties such as these eleven photographs from the far north land. www.orionmagazine.org .
Posted by Big Mind Learning at 2:49 PM